This article will be the first article in Know Japan.

The subject of the first article is a doublet.

Why?
That’s because July 7 is the memorable day when this website was launched.

Actually, July 7th is a festival day in Japan.
Not only that, it’s often a festive day.
This time, I will explain about it, so please refer to it when you visit Japan.

Happy New Year.
Of course, New Year is also celebrated in Japan. It is a valuable long-term holiday for Japanese people. Many workers in Tokyo return to their home cities.
Unlike Europe, many companies don’t have a Christmas Holiday. Many companies start their vacatioons around  on December 28th.
There are many special TV programs on December 31,  many people watch them.
Many adults stay up until 24:00. The late-night snack is soba noodles. This is a special meal called “Toshikoshi-Soba”.

And early morning. Everyone goes to the shrine. All Japanese people don’t like crowded trains. But they don’t seem to care about this crowd.
Eat a traditional meal called “Osechi”. Everyone eats because it’s traditional, but not many people really like it. It’s not bad, though.

Throw beans to a father dressed as an demon.

It’s not a holiday, but if you go to temples and shrines, you’ll often have big events.

It is said that there are good things will come to you if you eat beans as many as your age.

The day is called “Hina-matsuri”.
The directly translation is “chicks-festival” However, bird chicks do not appear.

This is a festival for little girls. It’s not a holiday. However, many towns have special doll exhibits.

And we eat a sugar confection called “Konpeito”. The taste is just a lump of sugar, but it looks beautiful.
There is a gag manga with the same name, which I recommend.

It is a holiday called Children’s Day. Originally it was a little boy’s day. However, in recent years both boy and girl have been the target of celebrations.
Family who have armor (perhaps rich) will exhibit it.
Another thing called  “koi-nobori”(carp flag) will be exhibited. 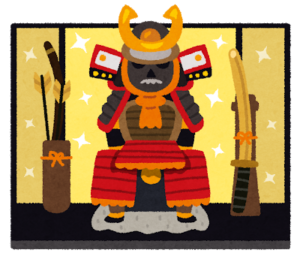 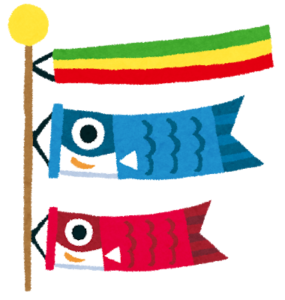 It is a special day called Tanabata. Although it is not a holiday, there are various events.
People decorate bamboo trees with paper with wishes.
You will soon find bamboo grass at schools and shopping centers.
This is a holiday related to the constellations, and comes from the story of the Milky Way, the Vega in the Lyra and the Altair in the Aquarius.
People eat “somen” noodles. 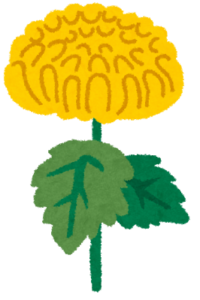 no one knows.
I learned about it this time too.

If you are planning to come to Japan, you may be able to see a special custom if you come to Japan on the day of Doublet.

In recent years, Japanese food has become known worldwide. There may be a Japanese restaurant in your town. However, th...

Japanese ”おいしい oisii” that is not well known yet “noodles”

In recent years, Japanese food has become known worldwide. There may be a Japanese restaurant in your town. However, th...
Japanese ”おいしい oisii” that is not well known yet “noodles”

looking back my trip. this is a Christmas present

Traveling memory of Jordan 🇯🇴 it was a hot

🇺🇿traveling memory from Uzbekistan. it was

memory of Uk 🇬🇧 restart traveling. why not

🇭🇰 memory of 2years ago. goldfish shop in H

Now I am working as a online Japanese teacher。

If you want to learn with me.